From Russia with Love (update):  The Russian sailors traveling “around the world” continue to make their way along Lake Superior toward Duluth, Minnesota.  Captain Sergey (pictured here) reports they battled weather yesterday and were navigating through wind and rain a good part of the voyage.  The weather challenges have slowed them down, they are currently moored near Ontonagon, Michigan.  He estimates they will now arrive in Duluth, their Russian sister city, Monday evening or Tuesday.  “The winds are often head-on,” says Sergey Sinelnik, “we have to catch the weather windows for small sailings.”  As always, major thank you to crew mate Alexei for his digital prowess in providing me images, allowing for my documentation to continue.  The Pilgrim, a pine wood replica of an 18th century Russian vessel, has been on this adventure for two years—over 11,700 nautical miles.  They will stay in Duluth for about three weeks before putting the Pilgrim on a truck and transporting it to Seattle.  It’s in Seattle where they will enter the Pacific Ocean and proceed to Alaska—before returning home to Russia.  What a journey!  I first stumbled into these brave souls little more than three weeks ago as they passed through the Finger Lakes Region and WNY on the Erie Canal.  I followed them until they hit the open waters of Lake Erie, bid them farewell and am able to keep track of them thanks to Alexei.  Something tells me our paths will cross again—stay tuned!  More updates to follow.. 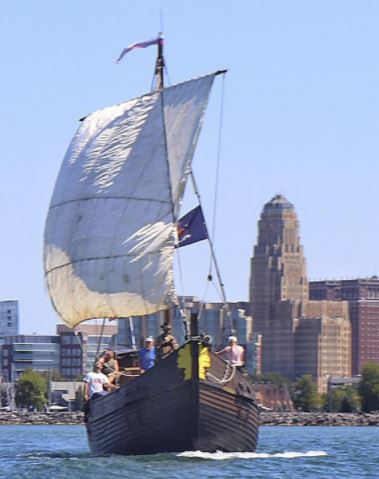 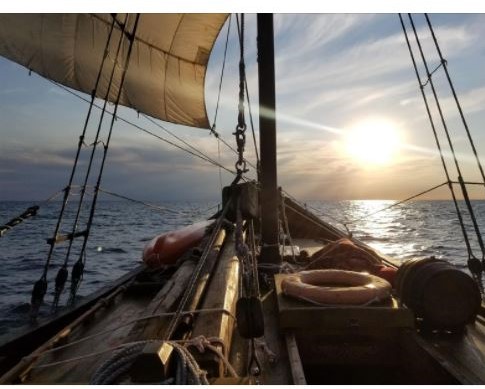 Posted by duluthharborcam at 7:30 PM