The generosity of harborcam friends never ceases to amaze me.  We started the Wisconsin Point Cam project two months ago when, after some coaxing from watchers, I decided to take another look at the possibilities.   After finally finding a location that had power available and an antenna system that had promise, I decided to give it a go!   Wiring modifications needed to made ($2400) a camera purchased, ($1800) and antenna system ($500).

Along with this work, additional work needed to be done by the Corps of Engineers on the Lighting system.

Within a few days of starting the fundraiser (during the off-season) we had enough money to go ahead.  (amazing)

With some weather delays, the Wisconsin Point Cam Project was complete a few days ago. While we had to make a few compromises, such as not having the cam exactly facing the canal due to safety concerns of having to hang out over the canal to work on the camera, and the fact that boats block the transmission signal for a few minutes while they pass alongside the camera, overall I think it turned out great.   The video stream is stable and picture quality is very good.

My biggest concern was the quality of the video stream over the 6.5 miles distance from the Superior Entry to my office (I call Harbor Hub).  The Wi-fi antenna was easy to align and so far so good.  We'll see how it works in fog.

Also, it should be noted that this is a joint project with the Lake Superior Maritime Museum and you - all of the 120 folks that helped raise the $4500 for the project and the daily visitors.  I am happy to have been part of this, it is unusual for joint efforts to go as smoothly as this did.

Besides the two cams in Two Harbors (Two Harbors Chamber and LSMMA) and the cams at the canal (LSMMA)  there are now six cams, an AIS antenna, and marine scanner) all streaming through the Harbor Hub).

So, I must admit, I love the cams, but mostly the fact that so many other folks get enjoyment from these little windows to the world and a small peek at the beauty of the Northland.

Camera and Antenna at Wisconsin Point 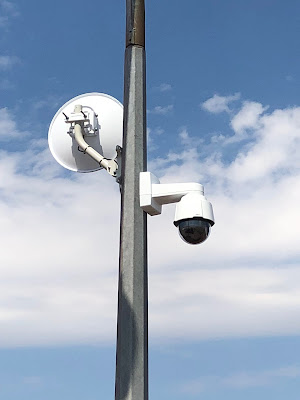 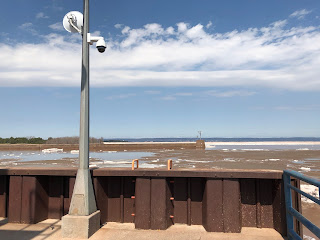 Antennas on the Harbor Hub (my office) 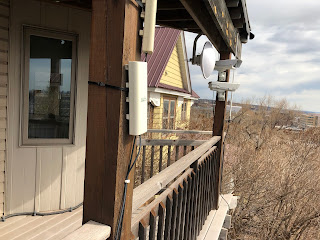 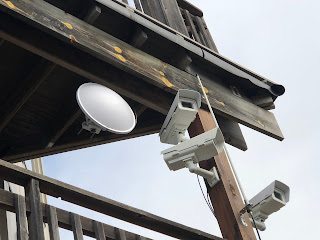 Posted by duluthharborcam at 7:07 PM